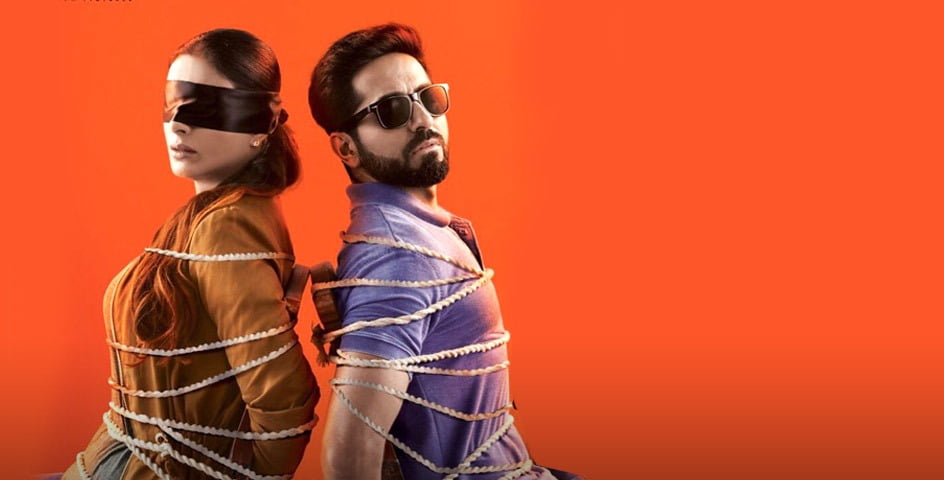 Get to see contrasting roles in two different genres of films in a few days by the same actor. One is a comedy and the other a crime thriller. He carries the roles pretty well. This can be done only by a versatile actor, and that is Ayushmann Khurrana for you.

Playing the role of a visually impaired pianist in Andha Dhun, he showed the audience how well he could fit into any role and play it well. The movie’s trailer hints that though being blind, he is aware of his surroundings. You get doubtful if he is really blind or just faking it. This noir film depicts how this blind person gets tangled in the upshots of a crime committed by a woman that is Tabu. The mystery she has created is well spun by the director Sriram Raghavan, who has proved how he is a master in this territory of dark plots as depicted in his previous flicks, Badlapur, Ek Hasina Thi, among others.

This thriller has another lead actor in Radhika Apte though the trailer does not reveal much about her role. Featuring broken black glasses and falling musical notes and musical instruments in the trailer, your curiosity is tingled and leaves you asking for more, no doubt.

The music track of this spy thriller is a mix of haunting and soothing numbers by Raftaar and Girish Nakod, and Amit Trivedi gives a feel of the old world charm and the lively notes ring in a surprising element. The audience well receives this as you can find many people humming its tune often.