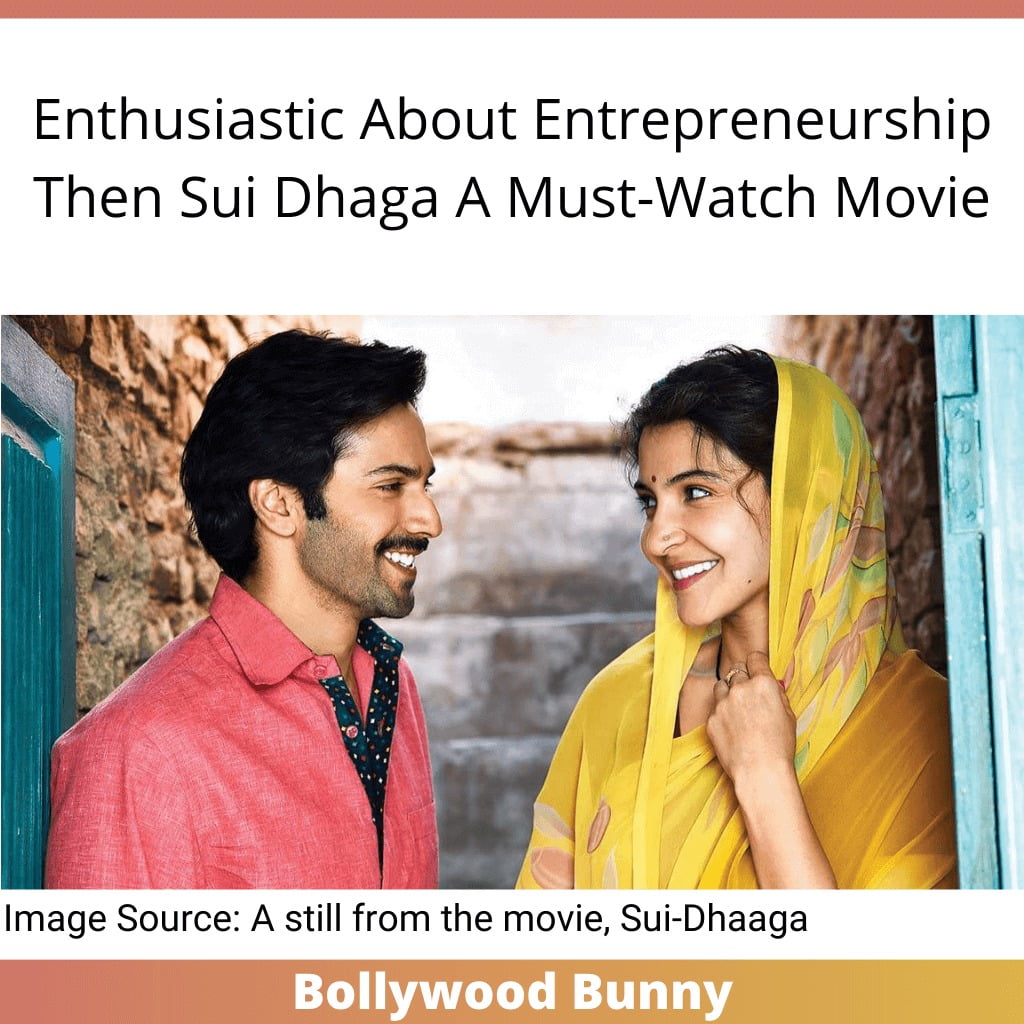 The Yash Raj Film Sui Dhaga- Made In India – weaves a story of the journey of entrepreneurship of a young couple. Mauji, played by Varun Dhawan, is a passionate guy happy doing some odd job for lack of opportunities. But Mamta, his wife, played by Anushka Sharma, has other plans. She inspires her husband to be self-reliant.

So the journey of self-employment starts for Mauji. His tool is none other than the famous and simple sewing machine, which has been a support and source of livelihood for many mothers and wives in several Bollywood movies. Mamta fully supported her husband then helped him develop this small venture into a small-scale handloom startup, leading him to attain international fame.

The de-glam appearances of both the actors, contrary to most of their stints in films, suits the small-town setting of the movie. This film also gives some lessons on entrepreneurship to the viewer. Also, it promotes the different kinds of embroidery work across India amenably through the work done by Anushka’s character Mamta.

This movie can be on the lines of a previous Yash Raj Movie of 2009 – Rocket Singh, The Salesman Of The Year.
This Aditya Chopra produced film was directed by Sharat Katariya. The other cast in supporting roles includes Raghubir Yadav, Namit Das, and Govind Pandey.

This movie carries the message of making India and social entrepreneurship forward beautifully. Also, it focuses on giving importance to our traditional art forms and handicrafts and their promotion and how it can bring about the social reformation of these artisans and their forgotten art. This is a must-see movie for one and all.