Home » Blog » Bollywood Movies You Can Watch With Your Family 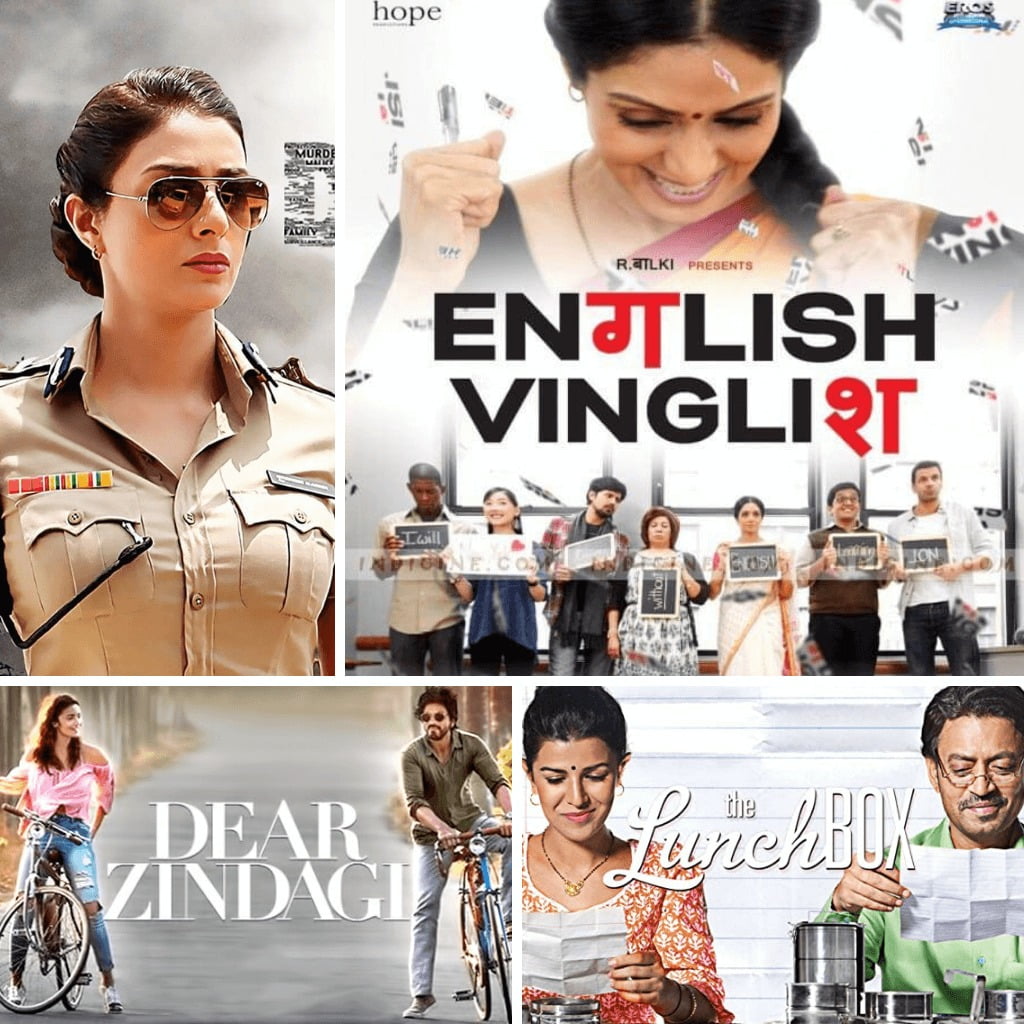 Sitting down with your family on a weekend evening to watch a movie – does it get any better than that? While the quintessential Indian family is full of love, warmth, care, bickering, tantrums, and quarrels, there are few things that every member can agree on. Movies are one of the few things that can bring the young and old together and get everyone to spend some quality time together without fighting.

The Munna Bhai series would be missing from any list of the best family drama films. Rajkumar Hirani introduced us to Munna Bhai and Circuit with Munna Bhai M.B.B.S. in 2003. The film is based on the 1998 English film Patch Adams. It tells the story of Munna Bhai, a good-hearted goon played by Sanjay Dutt, who is accepted into a medical school run by Dr Asthana, played by Boman Irani. From there, a series of comedic and hilarious rides begin.

Iqbal is a coming-of-age Hindi film based on India’s most popular sport. The film tells the story of a young deaf and mute boy who, against his father’s wishes, aspires to be a fast bowler and be selected for the Indian Cricket Team. Nagesh Kukunoor, one of the most versatile and talented directors, directs the film, which stars Shreyas Talpade as Iqbal. In pivotal roles, the film also stars Naseeruddin Shah, Girish Karnad, Shweta Prasad, Yatin Karyekar, and Prateeksha Lonkar.

Lage Raho Munna Bhai is the second film in the Munna Bhai franchise. In the film, Sanjay Dutt and Arshad Warsi reprised their roles as Munna Bhai and Circuit, respectively.

Although it is the second film in the series, Lage Raho Munna Bhai is not a sequel to the first film and instead follows an entirely different plot. Lage Raho Munna Bhai follows the story of Munna Bhai, who begins to see Mahatma Gandhi’s spirit and adopts Gandhism with a pinch of Munna Bhai’s essence and calls in Gandhigiri. Vidya Balan and Boman Irani also play important roles in the film.

Not all Bollywood films require stars to be successful. Many films, such as the 2006 comedy-drama Khosla ka Ghosla, have gained popularity and success at the box office solely due to excellent acting performances and a fantastic narrative. The film is directed by Dibaker Banerjee and stars Anupam Kher and Boman Irani as rivals. The film also received positive reviews from critics, and it went on to win the National Film Award for Best Feature Film in Hindi in 2006.

Can anyone else make annoyance look as amusing as Rajat Kapoor? Is there anyone who can be as annoyingly funny as Vinay Pathak? Every time you watch this movie, you will laugh and be exasperated!

Dhamaal, possibly one of the most popular Bollywood comedy films, is your go-to for a good, hearty laugh. The plot revolves around four con artists who get themselves into hilarious situations to obtain some hidden treasure.

This heartwarming narrative about a gifted, dyslexic boy whose talents go unnoticed by the traditional educational system can be eye-opening for many. Keep tissues handy for everyone while watching this because you can guess why.

3 Idiots, a film that has almost reached the status of a classic, will be remembered as the film that spoke to the youth. A well-crafted critique of our country’s education system, the film empathises with students and makes their concerns visible to a larger audience.

There can’t be a more relatable film than this one. Do Dooni Char is a comedic journey about a typical middle-class family in Delhi trying to get through their daily struggles. It makes one wonder about the priorities we set for ourselves in this fast-paced world and whether they are indeed worthwhile.

This film is a heartwarming story about a woman carving out her niche. Sridevi was stunning as Shashi, a regular housewife who was never allowed to fly. The film may even serve as a springboard for a discussion with your family about a variety of uncomfortable topics!

Umesh Shukla’s satirical comedy film OMG – Oh My God! was released in 2012. The story focuses on the Gujarati play Kanji Virudh Kanji and the Australian film The Man Who Sued God.

The film stars Paresh Rawal in the lead role of Kanji and Akshay Kumar in the role of Lord Krishna. The film takes advantage of the unethical characteristics of the country’s so-called Godmen to send a message to the people of India. If you haven’t seen the film yet, I strongly advise you to do so to grasp the message.

Irrfan Khan and Nimrat Kaur were fantastic as lonely strangers who bonded over handwritten notes and tokens of affection in this film. In this slice-of-life film directed by Ritesh Batra, gather your family for a soothing yet bittersweet experience.

This hit film was an endearing plotline about an ordinary man who faces many obstacles while attempting to help a young girl return home. Why the stumbling blocks? Munni is a Pakistani girl who has mistakenly crossed into India. The film is both a timely commentary and a pleasurable watch.

This sequel to Tanu Weds Manu is about a couple who encounters difficulties in their relationship. It eventually becomes the narrative of their evolving relationship and whether or not they choose to stay despite the most serious of problems. Kangana Ranaut and R Madhavan play the lead characters in the 2015 film.

Dil Dhadakne Do, starring Shefali Shah, Anil Kapoor, Priyanka Chopra, Farhan Akhtar, Anushka Sharma, Ranveer Singh, Rahul Bose, and Vikrant Massey, is about the typical Indian dysfunctional family. When confronted with challenges to its values, the family questions and reforms itself in order to provide us with the perfect happy ending.

Piku, a beautiful work by Shoojit Sircar, is a lovingly crafted tale about a father and daughter duo who go through life together despite their many disagreements. Deepika Padukone, Irrfan Khan, and Amitabh Bachchan stand out as they get into the skins of their respective characters, promising an emotional and witty journey through their lives.

Drishyam, a remake of a Malayali film of the same name, is a thriller that follows a father’s journey to avenge his daughter’s humiliation. It explores the lengths to which a person will go to save his\her family and loved ones while also providing the classic feel of watching a well-made thriller. Some of the main stars of this 2015 hit include Ajay Devgn, Tabu, and Shriya Saran.

Dear Zindagi, starring Alia Bhatt, is a coming-of-age drama about a young woman’s journey to find peace with herself and her life. The film, which features an extended cameo by Shah Rukh Khan, offers some rather unique perspectives on ourselves and the world.

When their grandfather (played by late Rishi Kapoor) summons their two estranged sons, Rahul (played by Fawad Khan) and Arjun (played by Sidharth Malhotra), who’s longing wish is to have a family picture, and he is met with a few surprises himself. Set in their childhood home in Coonoor, this middle-class family is shaken by revealed secrets, some old and some new, which eventually leads to drama, tears, laughter, and, most importantly, love. Prepare to ride a roller coaster with your family.

Hindi Medium, starring Irrfan Khan and Saba Qamar, tells the story of a couple’s struggle to enrol their child in a prestigious school so that she can receive the education they couldn’t. This comedy-drama won the Filmfare Award for Best Film and Best Actor for its empathetic portrait of parents’ sacrifices for their children.

Bitti, a carefree young girl, falls in love with an author she has never met but has only read in Bareilly ki Barfi, a sweet romantic comedy. What follows is a charming look at love and romance in the small town of Bareilly.

Badhaai Ho, a comedy-drama meant to be watched with your family, was quickly one of the best Bollywood films in recent memory. A socially relevant theme presented with witty humour and stellar performances from the cast, particularly the late Surekha Sikri, make the film a must-see.

Siddharth Malhotra directs ‘Hichki.’ It’s about a woman named Naina who suffers from Tourette Syndrome. Rani Mukerji portrays the character of Naina admirably. Tourette Syndrome is a neurological disorder that causes the patient to perform repetitive, involuntary movements known as tics. Because of this disorder, Naina faces numerous challenges in her ‘Teaching’ career, as everyone, including her students, mocks her.

Despite this, Naina transforms her weakness into her strength. She also breaks down several times during this journey. However, she develops self-confidence and copes with all of the difficulties she encounters along the way.