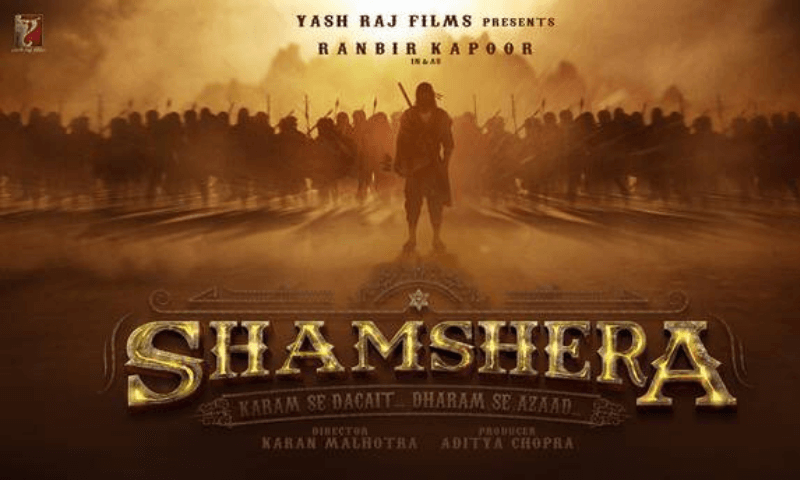 While talking to the media, Karan Malhotra, director of the film Shamshera has said that the makers will take the final decision regarding its release.

Shamshera and Brahmastra were earlier delayed, and now their films are stuck due to the coronavirus epidemic. In the era of covid-19, films of many actors are being released directly on OTT, due to which trade pundits are worried about Shamshera whether the makers will wait for Corona to end to bring it to the theatres?

The director of the film, Karan Malhotra, while talking to the media, has said that it is the decision of the producers as to where they want to release Shamshera. While talking to India Today, Karan Malhotra said, ‘It is completely the decision of the makers, where will they release their film? Aditya Chopra has been in the film business for a long time, and he understands it very well. He is an expert in the film business; I have left this decision to him.

I enjoy doing creative work. I have made a good film according to my understanding. When it is released, it is the decision of Aditya Chopra. My producer gave me complete freedom during the film, for which I am thankful to him.

Karan Malhotra has said that he is excited to see the Shamshera release. According to him, ‘I am also excited to see Shamshera. I hope it will be released soon. However, I want to state that it is too early to say anything about the release of Shamshera because the makers will announce its release at the right time. The film Shamshera is a mega-budget film of Yash Raj banner, featuring Vaani Kapoor and Sanjay Dutt along with Ranbir Kapoor. This period drama of Yash Raj banner will present the story of dacoits in front of the audience, in which Ranbir Kapoor will be seen in action.