Home » Blog » Who Is The Most Beautiful Actress In Bollywood? 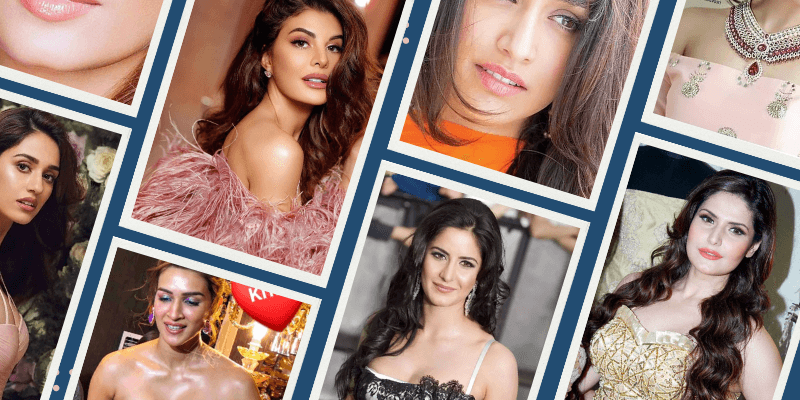 Woohoo, I can not say who is the most beautiful actress in bollywood because each actress has their beauty, and we cannot judge. But yes! We can say that she is my favourite actress.

The Hindi film industry, also known as ‘Bollywood,’ is the World’s second-largest film industry after Hollywood. Bollywood has given birth to a slew of stunning actresses who have wowed audiences and fans alike with their captivating beauty and flawless acting abilities.

We all know that the film industry would be dull without attractive and glamorous actresses. In Bollywood, there are many stunningly beautiful actresses. Choosing a few from them is difficult because they are all beautiful and charming in their way.

Beauty is defined in its way. However, when discussing beautiful actresses, we consider their popularity, fan base, and career success in addition to their beauty.

However, we have compiled a list of the most beautiful Bollywood actresses.

Deepika Padukone is among the top 10 beautiful actresses in Bollywood.

Deepika Padukone was born in Copenhagen, Denmark, on January 5, 1986, to badminton player Prakash Padukone. She made her Bollywood debut alongside Shah Rukh Khan in the romantic film Om Shanti Om (2007). Her performance in the film earned her a Filmfare Award for Best Female Debut.

Deepika is well-known for her roles in films such as Piku, Bajirao Mastani, Padmaavat, Chennai Express, Love Aaj Kal, and Housefull, among others. Deepika Padukone is one of Bollywood’s highest-paid actresses. She has received three Filmfare Awards.

Deepika and Ranveer Singh have been married since 2018. In 2015, she debuted her clothing line, “All About You.” She is also the creator of the foundation line “Live, Love, Laugh,” which was created to raise mental health awareness.

On July 18, 1982, she was born in Jamshedpur, India. In the year 2000, Priyanka Chopra was crowned Miss World. In 2003, she made her Bollywood debut in ‘The Hero: Love Story of a Spy.’ Among her notable performances in Bollywood are Barfi, Don, Agneepath, Fashion Mary Kom, Krish, and Bajirao Mastani. She also rose to prominence in Hollywood thanks to her roles in Quantico and Baywatch.

In 2018, Priyanka got married to Nick Jonas. She has a National Film Award and five Filmfare Awards to her name. In 2016, she was also awarded the prestigious Padma Shri. Forbes also named Priyanka Chopra one of the World’s 100 Most Powerful Women. She has also written a memoir called Unfinished.

Katrina Kaif is another stunningly beautiful Bollywood actress. The Hong Kong-born actress is one of the highest-paid actresses in Bollywood. She has received four Filmfare Awards nominations.

She was born on July 16, 1983. Katrina has a large fan base due to her exceptional acting abilities, amazing dance moves, and perfectly toned body. In 2003, she made her acting debut in the Hindi film Boom. In 2004, she appeared in the Telugu film Malliswari, which helped launch her acting career.

Because of her captivating beauty and stunning looks, Jacqueline Fernandez makes the list of the most beautiful Bollywood actresses. Jacqueline, born in Bahrain, was crowned Miss Universe Sri Lanka in 2006.

Kiara Advani is yet another name to list the most beautiful Bollywood actresses. Millions of fans admire the actress’s attractive face, killer looks, and the way she carries herself with grace and style.

She was born on July 31, 1992. Before making her Bollywood debut, the actress changed her name from Alia Advani to Kiara Advani. In 2014, she made her Bollywood debut in Kabir Sadanand’s ‘Fugly.’ In 2016, she starred in the sports biopic M. S. Dhoni: The Untold Story.

Shraddha Kapoor- the most beautiful actress in Bollywood.

Shraddha Kapoor, the actress Shakti Kapoor’s daughter, is one of the most beautiful Bollywood actresses. Since 2014, Forbes India has included her name in their Celebrity 100 list. In addition, her name was also included in Forbes Asia’s 2016 30 Under 30 list.

Kriti Sanon – The most beautiful actress in Bollywood.

Kriti Sanon is another beautiful Bollywood actress who has recently gained popularity. In 2014, she made her Bollywood debut in the action-comedy film Heropanti. She was also nominated for a Filmfare Award for Best Female Debut for the film.

She then appeared in films such as Bareilly Ki Barfi, Dilwale, Housefull 4, Pati Patni Aur Woh, and Luka Chuppi. Kriti was also named to Forbes India’s Celebrity 100 list for 2019.

Disha Patani is not only one of the most beautiful actresses in Bollywood but also one of the hottest. On Instagram, the sexy actress has 45.9 million followers. The actress was born in Bareilly, Uttar Pradesh, on June 13, 1992.

Huma Qureshi is another stunning Bollywood actress who made her acting debut in 2012 with Gangs of Wasseypur. She received much praise for her performance in the film and won the Filmfare Award for Best Female Debut and Best Supporting Actress.

Vaani Kapoor makes our list of the most beautiful Bollywood actresses thanks to her stunning looks and exceptional acting abilities. Apart from Hindi films, the actress has also appeared in Tamil films.

Vaani Kapoor made her Bollywood debut in 2013 with the film Shuddh Desi Romance, co-starring Sushant Singh Rajput and Parineeti Chopra. The film also earned the actress a Filmfare Award for Best Female Debut.

Aishwarya Rai, the winner of the Miss India beauty pageant in 1994, is one of India’s most popular and influential celebrities. Her first Hindi film, Aur Pyaar Ho Gaya, was released in 1994. She won Best Actress awards at Filmfare for Hum Dil De Chuke Sanam in 1999 and Devdas in 2002. Her most memorable roles include Binodini in Rituparnbo Ghosh’s Chokher Bali, a nurse in Guzaarish, Mohabbatein, Dhoom 2, Jodhabai in Jodhaa Akbar, Ae Dil Hai Mushkil, and many others. In 2007, she married Abhishek Bachchan. Rai was the first Indian actress to serve on the Cannes Film Festival jury. She is also a UNAIDS Goodwill Ambassador (Joint United Nations Programme on AIDS). She is ranked first on our list of the 20 most beautiful actresses in Bollywood.

Model and actress Neha Sharma is from Delhi, India. She was born and raised in Delhi. On Nov. 21, 1987, Neha Sharma was born. In 2006, she graduated from the Nift Delhi Fashion Design Program. In the Telugu film Chirutha, she costarred with Ram Charan Teja (son of Telugu actor Chiranjeevi). Both Neha Sharma and Ram Charan Teja make their film debut in Chirutha. Despite mixed reviews, the film was a box office success when it was released on September 28, 2007. Neha Sharma received praise for her performance in the film for her dancing, acting, and beauty.

Chitrangada Singh is a stunning Hindi film actress born in Jodhpur, Rajasthan. Yeh Saali Zindagi, Hazaaron Khwaishein Aisi, Desi Boyz, Inkaar, I, Me Aur Main, Baazaar, and others are among her notable works. Singh became prominent after appearing in Tum To Thehre Pardesi, Altaf Raja’s album, and Gulzar’s Sunset Point music video. She is ranked 20th on our list of the 20 most beautiful actresses in Bollywood.

Urvashi Rautela (born February 25, 1994) is a Bollywood actress and Indian supermodel. Besides being crowned Miss Universe India 2012 by former Miss Universe Sushmita Sen, she also won Miss Tourism Queen of the Year International 2011 in China, Asian Supermodel India 2011 in South Korea, and Miss Teen India 2009. Kotdwara is the town that she hails from in Uttarakhand.

The super hot figure of Nargis Fakhri and her excited accent make her the woman every man craves for. This hot Bollywood heroine had commenced her modeling career when at the age of 16. She had starred in the famous Bollywood film like ‘Rockstar’. Nargis was selected in the Filmfare Prize for the Best Female Actress. Besides, she was also a participant in the 2nd and 3rd season of the Next Top Model show of America – but, unfortunately, she never made it to the Top 12 list.

Nora Fatehi is a famous trained dancer who is mostly recognized for his belly dancing. Moreover, she also has a nice toned body. Besides, her unusual expressions make her seem really hot in most of her films.

Nora is a Canadian born actress who belongs to a Morrocan family, although she has proved herself by Indian Bollywood to be an ‘Indian at heart’. In 2015, she took part in Bigg Boss 9 – but, she was eliminated unfortunately on the 84th day of the show.

She became too famous in the song ‘Dilbar’ has got all the men of the country going completely crazy over her impressive appearances and she seems forward to doing several other similar things.

Zareen Khan (Zarine Khan) is an Indian film actress and model who has predominantly appeared in Hindi and Punjabi films. She was born on May 14, 1987, in Mumbai, India, to the Pathan family. She completed her intermediate studies at Rizvi College of Science in Mumbai.

Zarine made her Bollywood debut in the 2010 film Veer, co-starring with Salman Khan. She was nominated for the Zee Cine Award for Best Female Debut. She succeeded further in her other lead role in the 2014 Punjabi film Jatt James Bond, a box office success. A heroine role closely followed her in Vishal Pandya’s film Hate Story 3. She made her Telugu debut in 2019 with the action thriller Chanakya.

Zareen rose to prominence with her product number “Character Dheela” in Ready, which was one of the highest-grossing Bollywood films of 2011. Then, with Sajid Khan’s Housefull 2, she achieved commercial success in Bollywood. In the same year, she made her Tamil debut in Naan Rajavaga Pogiren, where she performed an item dance called “Malgove.”

‘Beauty’ is a subjective concept entirely dependent on the viewer. Therefore, this list is not based solely on beauty. We also consider factors such as appeal, acting, skills, sense of style, and intelligence when compiling this list of the most beautiful actress in bollywood. Was your favorite one included on the list?

Please share your thoughts in the comments section below. Also, please share this article with your friends and family. You can also check our acticle about Top Bollywood Actresses in Bikini Who Flaunted Their Curves and set the mercury level high.