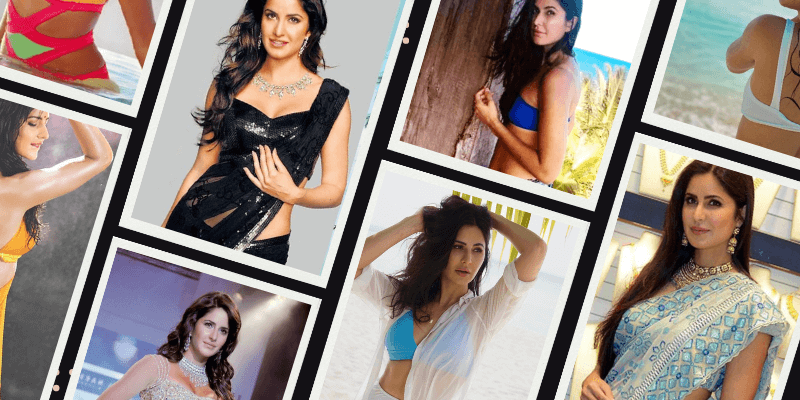 Katrina Kaif was born in the British territory of Hong Kong. Katrina Kaif is best known for her roles in Bollywood films, but she has also appeared in Telugu and Malayalam films. She got her first modelling job as a teenager and pursued a career as a fashion model. Katrina Kaif was spotted at a fashion show in London by filmmaker Kaizad Gustad, who decided to cast her in Boom (2003). Katrina Kaif rose to prominence in Bollywood with the romantic comedies Maine Pyaar Kyun Kiya (2005) and Namastey London (2007).

Katrina Kaif was nominated for a Filmfare Award for Best Actress for her performance in the 2009 terrorism drama New York. Her Mere Brother Ki Dulhan performance earned her a second Filmfare nomination (2011). In addition to acting, Katrina Kaif volunteers for her mother’s charity and performs in stage productions. The actress was most recently seen in Anurag Basu’s Jagga Jasoos, opposite ex-boyfriend Ranbir Kapoor.

Katrina Kaif! This actress’s name has been making waves in the entertainment industry for over a decade. Katrina Kaif is well-known for her sizzling sexy hot looks, mesmerising dance movies, and statement looks. Everyone adores this beauty. We have Katrina Kaif’s hot photo and image gallery for you today. These hot photos are the talk of the fashion town and give us major goals!

Here we go; these Katrina-hot photos are so captivating and daring that we can’t take our gaze away from them. Interested? Keep up with us!

Katrina Kaif in saree is just as beautiful as in western wear. We’ve run out of words to describe how stunning the saree styles look on her. Without a doubt, the actress is nailing the style with her sizzling hot looks and inspiration from contemporary style while maintaining an Indianized appearance. So how do you feel about such fashions?

Katrina Kaif is one of the few actresses more popular in sarees than in western wear. While Katrina is from London and had a steamy scene in her first film, Boom, in 2003, where she showed her smoking body in a bra and pants, she has worn sarees in many of her films and public appearances.

The looks of Katrina Kaif in Bikini are truly breathtaking

Katrina Kaif isn’t always seen flaunting her beach-tastic body in a bikini, but she looks nothing short of stunning when she does. Her ripped body and enviable figure make her one of the sexiest bikini babes in town. Scroll down to see the times Katrina Kaif slipped into a bikini and looked stunning.

The image is a still from the film Bang Bang. Katrina wore a skimpy neon monokini for the song Meherbaan and looked stunning in it. The song’s sultry romantic number became extremely popular when the film was released.

Katrina in a black bikini

Katrina donned a sultry and hot bikini for one of the photo shoots and nailed it. But, of course, it wouldn’t be wrong to call her the undisputed bikini queen because she always slays in them.

We can’t get enough of these stunning Katrina in two-piece Bikini. Katrina was a model before entering Bollywood. During her time as a model, she did many photo shoots and advertisements, including this one.

Don’t you think we can never get enough of Katrina Kaif in bikini? Many actors have shed their old Bollywood constraints, and not wearing a bikini is one of them. Many actresses now wear the same outfit and flaunt their perfect bodies.

Katrina sizzles in a red monokini.

Katrina Kaif rose to prominence with the film Namastey London, in which she portrayed a strong-willed NRI girl. Katrina is a free-spirited woman who has no qualms about wearing smoking hot swimwear.

Katrina Kaif, as previously stated, has no qualms about wearing a bikini, and for the film Baar Baar Dekho, she wore a neon pink monokini and looked smouldering hot in it. She wore it for one of the songs, and it quickly went viral.

Katrina in a White Bikini

Katrina is a well-known celebrity and fashion icon today and has received positive feedback from all quarters. The actress, dressed in a white bikini, soared the temperatures extremely high.

Katrina in a brown Bikini

Katrina, who enjoys flaunting her body, delighted her fans and followers when the photoshoot was revealed. This sensual image is enough to make anyone weak in the knees. Her looks and body are to die for.

Katrina Kaif’s hot and sizzling bold pictures and photos inspire many of us. The assured appearances, charming style statements, and flawless mesmerising appearances are thrilling and on the spot. So, what do you think of her fashion and photography? Please share your thoughts as well!